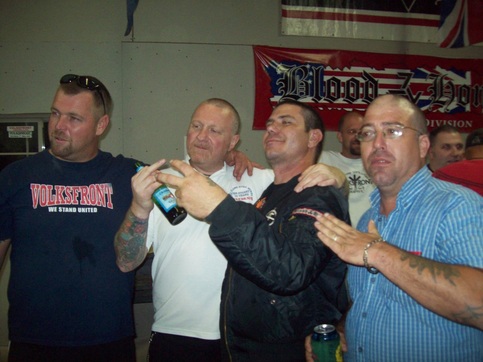 On November 30, 2010, antifascist hackers targeted and disabled over a dozen fascist, neo-Nazi, and white power websites, publicly releasing information from several neo-Nazi forums as well as associated email addresses. In a press release, the hackers explained their action as a response to neo-Nazi violence:

We did this in solidarity with our comrades who have been attacked by organized fascists in the past year - the November 8 attack at Jason and Bonnie Devine's home in Calgary, the March 27th shooting of SHARP [SkinHeads Against Racial Prejudice] Luke Querner in Portland OR, the April 6 bombing of an anti-fascist house in Vancouver, and the murder of Russia RASH [Red and Anarchist SkinHeads] founder Ivan Khutorskoy just over one year ago. [1]

Rose City Antifascists (RCA) discovered a particularly noteworthy email in the wealth of intelligence made public by the hack. In a message dated October 15, 2009, Randal Krager—founder and president of the neo-Nazi organization Volksfront International—delegated tasks involved with running the group while he prepared to spend a year in the Middle East working for a private firm, possibly connected to the US military presence in the region.