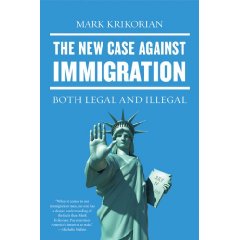 The McMinnville-based organization Oregonians for Immigration Reform (OFIR) will be hosting Mark Krikorian of the Washington DC think-tank the Center for Immigration Studies (CIS) on December 8, 2012. Rose City Antifascists, the Portland chapter of the North American Anti-Racist Action Network, calls for antiracists to oppose this event.

OFIR is Oregon’s most well-known expression of “nativist” politics. While antiracists distinguish between nativism and more blatantly repulsive racist ideologies such as National Socialism (“Nazism”), white supremacy and white separatism, we believe that nativist politics often express a similarly racist core but with a more populist or media-friendly presentation. Nativist politics have a long history in the United States. Briefly, nativism stresses the supposed interests of allegedly “native” citizens--those groups whose ancestors migrated to the US before the present point in time--and considers other populations as threatening to the status of the allegedly “native” group.1 Nativist organizations will often not stress the white ethnicity of their preferred populations--preferring to leave this unstated--but still will deploy barely-coded racism to agitate against immigrant populations of color. The Center for Immigration Studies, whose Executive Director OFIR is hosting, attempts to use neutral- and rational-sounding language to promote exclusion and division, but CIS was originally established as a project of the Federation for American Immigration Reform (FAIR), an organization that is frequently criticized for having leadership, financial and political ties to explicit racists, and for itself putting forward a bigoted political message.

In the case of OFIR, the organization presents itself as merely “Advocating for an environmentally sustainable level of immigration” (as the organization’s motto goes) but in OFIR’s early days its website was hosted by the white supremacist New Nation News site. The organization is also historically linked to FAIR and the broader “FAIR network”. This year, OFIR’s current president Cynthia Kendoll attended a “border school” hosted by FAIR alongside Morrow County Sheriff Kenneth Matlack and Multnomah County Undersheriff Tim Moore . As far as OFIR’s “environmentally sustainable” credentials go, we find it laughable that the existing status quo in the United States has a particularly great track record as a steward of the natural environment--“environmental” rhetoric is a mere smokescreen for OFIR’s fundamentally racist politics.

The CIS speaker that OFIR are hosting is Mark Krikorian. Krikorian is one of the leaders of the Nativist movement in the US, testifying before congress and appearing in numerous media outlets. As a leading ideologue of the nativist movement nationally, Krikorian provides the ideological ammunition for other anti-immigrant activists, spouting lines such as “My guess is Haiti is so screwed up because it wasn’t colonized long enough”2 and calling Haiti’s culture “malformed, (and) ‘progress-resistant’” later in the same article. A larger collection of Krikorian and CIS staff quotes can be accessed at the Center for New Community’s website .

The organized nativist politics of OFIR, FAIR and CIS are not only racist, but they are otherwise dishonest. Such politics fail to put forward the true motivations for migration--the fact that people do not leave their countries of origin at a whim to cash in on alleged benefits from unsuspecting taxpayers3--but more realistically, that many are driven to this decision by war, natural disasters, and chronic poverty, conditions that no human should have to endure. Immigrants also end up in the United States for other complex reasons, such as family separation (sometimes generations long) or even falling in love. The racist politics of nativist groups such as OFIR and FAIR contribute nothing to any realistic discussion of immigration. Rose City Antifascists ultimately support strengthened freedom of movement versus the arbitrary borders of nation-states, on the basis of solidarity and common human dignity.

Gatherings of nativist activists, like any other gathering on the far-Right, serve to strengthen the movement and its participants. Let’s not allow OFIR to host Mark Krikorian on December 8, 2012. The event is scheduled to take place at 2:00 PM at:

1 “Nativism” is the common term for the form of anti-immigrant politics we seek to describe and criticize. However, we hope that it is clear that by deploying the term Rose City Antifascists do not mean to suggest that white people are actually “native” to the continent. Rather, we oppose attempts to naturalize or make invisible the actual history of colonialism, and we stand in solidarity with indigenous and First Nations movements.

3 Numerous studies have emphasized the economic contributions made by undocumented immigrant populations. Space does not permit any discussion here of the various methodologies that may be used to calculate the total economic contributions versus burdens of undocumented immigrant populations to the US national economy, but the overall economic burden--if any--is dramatically exaggerated in partisan nativist studies such as those of the CIS.