Death in June Plans Return to Portland's Alhambra Theatre: Canary in Coal Mine for Hipster Racism and Gentrification 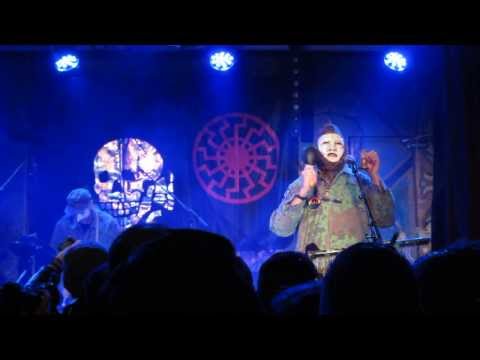 Death in June, a band that according to the show's promoter, Chase Varga , is not welcome at any other venue in the state of Oregon due to their use of Nazi imagery and themes in their music, is returning to Portland for the second time in one year. This represents a dangerous precedent in a city that has a long history of racist violence. The return of Death in June (Di6) is due to a number of factors including the gentrification of Portland with its attendant race and class dynamics. Just as working-class neighborhoods are eradicated to make way for condos and cookie-cutter boutiques, the memory of Portland’s racist past and the grassroots resistance that was necessary to fight it, is being buried under the gleaming illusion of a progressive white playland. People lack the political will to fight subcultural fascist influences like Di6 because the dominant demographic here is not threatened by white supremacy and would rather not look at it. On a basic level, they do not care if Nazis get recruits because they are not afraid of being beat up by them. Nazi symbolism holds no painful charge for them. Thanks to white privilege, they do not have to consider the impact such things have on nonwhites. It is crucial that working class anti-fascists and anti-racist people in Portland make this issue a priority and stand up to fight Death in June and for the character of our city.

We have already written about Death in June in two separate Calls to Action . Additionally there have been a number of excellent articles written about them by others outlining in detail why they are problematic. This libcom article , as well as this piece by NYC Antifa are particularly good. This is an article written by a former fan of Death and June who changed their mind after attending a show. There are many more articles out there. In an effort to save time by not rehashing every single point, we will briefly give an overview here, then move on to the common arguments defending Di6, and why we think it is very important that Portlanders take time out of their lives to actually show up for this.

"Why do people care about stupid stuff like the murder of millions of innocent people?! Why do I have to respect the humanity of oppressed groups?! It is such a BUZZKILL! Why can't they be like the brave capitalists at Alhambra and Engine Driver Presents and be willing to make a profit at any cost?????"

Death in June is a vanguard neo-folk band fronted by Douglas Pearce. Di6 utilizes Nazi imagery and references throughout their music and presentation. It is the dominant theme of the band. The most common argument defending Di6 is that it is merely done for artistic effect and has no political meaning (or, even more absurdly, that it is actually a critique of fascism). This is a terrible argument on many levels, and is also patently false as Pearce has done a number of things to specifically align himself with fascist politics (such as donating money to Croatian fascists, honoring "White Wolves" responsible for a racist bombing campaign, etc). However, Pearce remains just cryptic enough in his interviews to apparently satisfy the portion of his fanbase that are not white supremacists but employ extremely selective skepticism, refusing to apply the slightest amount of critical attention to Pearce’s words whereas out-of-hand denying any factual information put forth by anti-fascists. Besides the neo-folk goth fans that are annoying to argue with but are mainly just into the music, the other segment of Pearce’s fanbase is overt neo-Nazis. This is what we would like to emphasize here. Nazis came to the last show in Portland and they will come again.

So here’s the thing: We don’t care what Pearce believes. It doesn’t matter. These arguments so often get shifted to an individual's thoughts and beliefs by those that are making defenses for racist and fascist actions. For example someone makes a racist joke, then says “I’m not racist!” as if their intent is the main factor determining harm. That creates an argument that is unwinnable, since the burden of proof becomes the intangible. This is reflected in the statements of Dyami Clement, Alhambra's general manager, "We did a lot of research, and we finally came to the conclusion that the symbolism [Pearce] uses is purely artistic, and that he is not a Nazi." Clearly they did not do a lot of “research” unless by research they mean ran the profit figures and decided that having a sell-out show was more important than doing the right thing. There is an overwhelming body of evidence showing that Di6 profits off of the deaths of millions of innocent people and that Di6 creates cultural space for fascism, a mission that Alhambra and Engine Driver Presents are now complicit with. We do not need to  examine the contents of the hearts and minds of those doing these things. What matters is actions and what the consequences for those actions are in the real world. 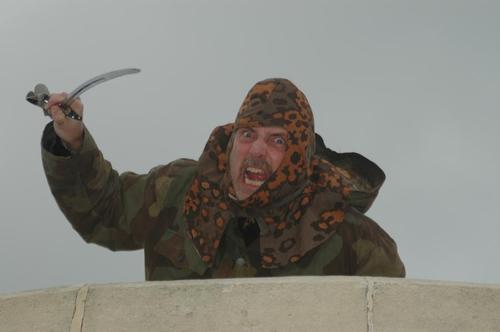 This dude is deep.
So here’s the fast and dirty: 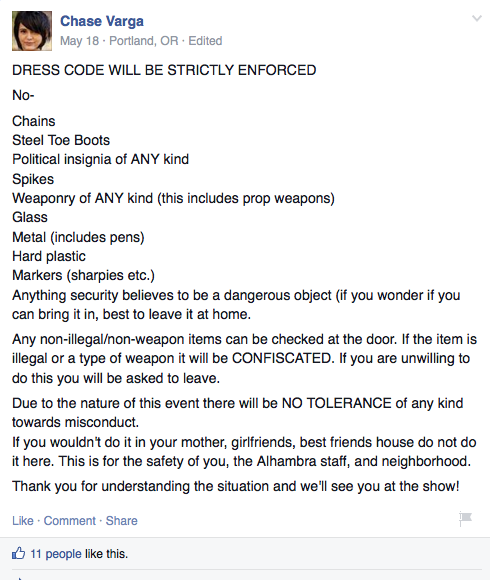 "Please pretend you are not Nazis."
6. IT IS UP TO EVERYONE TO FIGHT FASCISM IN PORTLAND. The turnout was unequivocally terrible last time. That is why this is happening again and why it is up to YOU, dear reader, to show up. In order to create a proper disturbance here, we need a full-fledged angry mob. We don’t care if you want to wave signs, bloc up, rep Goths Against Racism, or shake your ass to Big Freedia. But we do need a ruckus. Last time we really were not able to do much because we just did not have the numbers there. We took a gamble on doing a public Call to Action, and that gamble did not pan out. Alhambra hired extra security for the event, and alerted the Portland Police Department. When antifa arrived there, PPD was circling the block in patrol cars, and had officers posted in front of the venue. Conversely, only a tiny handful of people came out to oppose Di6. It was obvious that we did not have the capacity to do a full frontal attack on the show. There were approximately 50 show goers per antifa. And even if someone did want to go on a kamikaze mission, they would have been arrested before they landed the first punch. The best we could do was mount small, scattered patrols on side streets looking for show attendees. It was a heart-wrenching defeat. The poor turn-out may be partly due to Di6 not being perceived as a threatening band, Pearce doesn’t look like a scary prison peckerwood. We hope we have demonstrated here to some extent, why that is not the case. Di6 poses more of a risk than the peckerwood bands because it is extremely popular and able to infiltrate more mainstream society with fascist themes.  Secondly, it may be that people feel that someone else will take care of the Nazi problem in Portland. Point blank, Rose City Antifa is a hard-working group of dedicated people but we cannot fight this battle alone. We do not have infinite resources or armies at our disposal. What has worked here in the past is groups of different kinds of people coming together to fight the common enemy of fascism. That is the proud history that we embrace in Rose City Antifa and the torch that we hope to carry from the brave people that fought before us. If you care about racism in your city, this is the time to show it.

Actions Not Words /// No Pasaran!