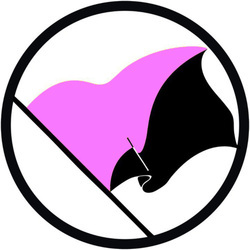 Last month Mars Hill--an evangelical megachurch with nine branches in Washington and one in New Mexico--postponed its first public meeting after a dance-in and kiss-in was organized by LGBTQ folks in Portland to protest the church’s hateful message equating homosexuality with cancer . Mars Hill claimed the postponement was a result of parking concerns due to the Belmont Street Fair scheduled to take place the same day.

In an effort to save face, Mars Hill Pastor Tim Smith and a colleague met with the Q Center’s Executive Director Barbara McCullough-Jones and Operations Manager Paul Fukui, and waited for the controversy to blow over.

We are not satisfied with this empty gesture that fails to address Mars Hill’s active promotion of bigotry and dehumanization of LGBTQ people, women, yoga practitioners , and others.

The church has announced plans to open its doors to the public for the first time at 10 AM this Sunday, October 16th, 2011 at 3210 SE Taylor.

We urge active opposition to the scheduled opening.  Let’s show Mars Hill that organizing against LGBTQ people will not fly in the Rose City!