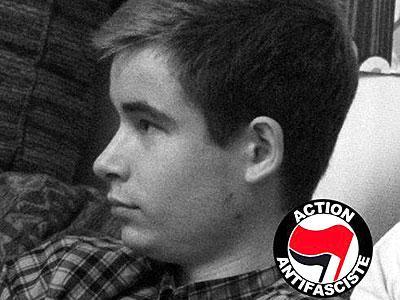 On the evening of Wednesday, June 5, Clément Méric, a young antifascist activist from Brest, France, was attacked by a group of extreme-Right militants near the St. Lazare train station in Paris. Méric and three other friends were in the shopping district for a clothing sale when they encountered a group of boneheads (fascist “skinheads”). Eyewitness accounts claim that Méric was punched to the head by one of the boneheads--who was allegedly holding a knuckleduster--and then fell to the ground. Unconscious and bleeding, Méric was transported to hospital, where he later died.

Clement Meric was a member of the militant antifascist group Action Antifasciste Paris-Banlieue , a participant in the Solidaires Etudiant-e-s union, a queer activist, and a student at Sciences Po in Paris. His death occurs in the context of increased far-Right organizing in France, including a wave of militant homophobic organizing in response to the legalization of gay marriage.

Several arrests have subsequently been made in relation to Méric’s beating death, with five people currently facing charges. At the time of writing, the French state is not charging Esteban Morillo--the primary assailant--with murder, but only with the charge of “deadly blows.” The fascist attackers are within the political orbit of the Jeunesses Nationalistes Révolutionnaires (JNR) group, which is comprised primarily of bonehads. Morillo’s girlfriend Katia Veloso has admitted membership in the fascist Troisième Voie (“Third Way”) organization to which the JNR is affiliated. The French government now appears to be taking steps to dissolve the JNR . 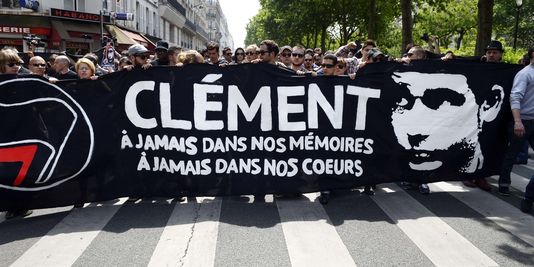 ​Autonomous antifascists understand the need for a strong grassroots response to fascist violence, not merely waiting for the state to take action. A huge solidarity demonstration in Paris on Saturday in response to Méric’s attracted several thousand participants.

Our thoughts are with Méric’s family and friends right now. In his memory, and that of the many others who have been murdered by the extreme-Right, we will strengthen our international solidarity as we continue our struggle and fight the fascist Right.

Always in our hearts! Never forgotten!